This month, a full time job basically fell into my lap because of recent unprecedented numbers of donations in support of refugees. It’s a bittersweet embarrassment of riches … one part filling my coffers on tragedy, one part buoyed up by compassion and generosity, and in largest part an opportunity to use my specialized skills to do more good for more refugees than before, with a side of sadness for two part-time positions I enjoy but have had to quit (at least temporarily).

Refugee services, including resettlement, are an important need, and one that is only likely to increase with accelerating automation, globalization and global climate change.

If you, too, want to help refugees, and specifically the Central American caravan, Yes Magazine can show you how to donate to an organization providing material support at the border, donate air miles, volunteer to go to the border, educate yourself, organize and attend local events and demonstrations, tell Congress to defund hate at the border, and more.

The situation on our border with Mexico is an important exigent need right now, and I heartily applaud your instincts to help.

There’s also plenty more to be done, though, that’s not making headlines right now, but that doesn’t make the need any less urgent, important or enduring.

So, while you’re helping the refugees on our border, consider also letting Nick Kristof show you how to help overlooked Puerto Ricans, give kids better brains, fight suicide and mental illness, help Native Americans get through college, help a child read, or save lives in childbirth. Or, if you’re one of those people who insists on gift certificates, Kristof offers,

how about one for GlobalGiving, whose website lists aid projects all over the world? The recipient can support a tribal child in India in school for a year, or street children in Ecuador, or L.G.B.T. rights in central Africa.

Systemic Change Isn’t Sexy at All

You want to be involved in the current crisis in the news. Great. I’m not going to pretend I haven’t been thinking about whether I could qualify as a foster mother to an unaccompanied minor refugee (don’t worry, Mom, I know it’s not feasible for me right now!), in addition to translating for and teaching refugees and immigrants, and helping HIAS with a sudden flood of funding for refugee resettlement and advocacy.

But this is a bigger, broader, longer, deeper problem than whatever’s hot in the headlines right now.

There is a more important long game here that you should also be considering.

Our government is complicit, if not outright responsible for much of the ballooning refugee crisis in many parts of the world:

The war on terror began in 2001, the same year as the first World Refugee Day. Since then, the U.S. has played a significant role in the displacement of people around the world — especially in the Middle East and neighboring areas, where we’ve almost exclusively pursued a policy of war and militarism.

The Iraqis, Syrians, Afghans, Iranians and Somalis targeted by the infamous Muslim ban and the quieter but much more insidious reductions in the resettlement numbers under race-baiting Republican policies … those refugees are fleeing violence we created. The Sunni/Shi’a/Kurdish divide in the Middle East was largely created by British colonialism and continues to be encouraged by American imperialism.

To take just one small sliver of the Afghans and Iraqis seeking refuge in the United States, the threats to SIVs — the Afghan and Iraqi interpreters and other support personnel who made American military operations there possible — and their families are promises of death and disfigurement for which America is directly responsible, and we’ve reneged on essentially all our promises to protect them. It is orders of magnitude easier and faster for soldiers to bring an Afghan dog home than the locals who sacrificed their entire futures to protect our troops.

Though not my area of expertise, it is equally true of the migrant crisis that the United States is directly and indirectly responsible for much of the worst violence driving women, families, indigenous and LGBTQ people to walk thousands of miles with just the clothes on their backs, yearning to breathe free:

After all, it was the CIA that overthrew the democratically elected government of Guatemala in 1954, and thereby subjected its people to decades of dictatorship and civil war. It was the streets and prisons of California that gave birth to MS-13, and American immigration authorities that deported that gang back to El Salvador. And it is America’s taste for narcotics that sustains the drug trade in Honduras — and our war on drugs that ensures such trade is conducted by immensely profitable and violent cartels.

In fact, the problem is even older than that:

For at least 150 years, the United States has intervened with arms, political pressure, and foreign aid in order to protect the business and military elites of these countries who have prospered by impoverishing their people.

We don’t have to turn people away at the border. A recent study shows that low-wage workers in border communities only gain $0.40 a year from keeping refugees and migrants out, while losing $7 a year in additional taxes to build a wall that isn’t actually effective anyway.

Other models are possible, and might even be better for us:

Uganda, for example, borders conflict-prone countries like Rwanda and South Sudan. It has had numerous waves of refugees cross its borders over decades. Rather than segregate refugees in camps in forced indolence, the country has chosen to allow refugees freedom of movement and the opportunity to work. The result, according to Betts, is that in the capital city of Kampala, “21% of refugees own a business that employs at least one person and 40% of the people they employ are host nationals.”

Jordan has also been experimenting with new approaches to economic opportunity for refugees. Jordan has taken in between 600,000 and 1 million Syrian refugees—a huge number for a country with a population of less than 10 million people. It has established special economic zones, where Syrians are given the right to work in certain industries and companies. Initial prospects for the program look good, although Betts says, “to sustain such models, outside support is needed.” European governments and the US need to set up trade concessions and business incentives to encourage investment and help make the venture profitable.

There is a strong moral case for this kind of investment from wealthier, industrialized countries. Refugee crises fall most heavily on countries located near weak or failing states. Countries next to poor, conflict-ridden countries are often poor and conflict-ridden themselves, which means that the burden of dealing with humanitarian catastrophe falls on those least able to shoulder it. Richer countries have an ethical duty to help.

As citizens of a government purportedly “of the people, for the people, by the people,” a country that likes to lay claim (however tenuously) to following the path of the rabbi Jesus of Nazareth who championed and uplifted “the least of these,” Americans share in that moral obligation and ethical duty to help.

So, What Can You Do?

Look, this is a complicated question, and a very individual one. Each of us has a different and unique capacity to affect change.

There are introvert options like online and social media advocacy, petitioning, writing emails, letters, postcards, faxes, public comments, letters to the editor…. There are so many ways to give money; even $5 a month, aggregated with the $5 of thousands of other people, adds up to real change.

For those less introverted and more able-bodied, there are protests and marches, town halls and representatives’ offices to visit. Find a local group through Swing Left, the Sanders campaign’s Our Revolution or … well, here’s 19 suggestions. You might even consider running for local office yourself. Cities and counties have a lot of power to stymie bad federal policies when the community is behind you.

You can join a church, synagogue or mosque engaged in organizing for progressive causes in the name of faith, or an interfaith coalition like the New Poor People’s Campaign. Many religious communities have legislative ministries, including Unitarian Universalists in fifteen states, and American Friends Service Committees (aka Quakers) across the country.

You can choose an affiliation based on your identity, such as the Women’s March. This community can be controversial and problematic, I know, but marches across the country of women who felt frightened and under threat from their government were not as powerless or alone as they thought. Thousands of women found their voice and their power, began building networks, got training from organizations like Emily’s List, and threw their hats in the electoral ring. And many of them won. Those marches were an influential factor in the recent Blue Wave of the midterms, in the unprecedented numbers of women who ran and won, and thousands of other smaller victories across the country. Join a march next month and see who you meet and what inspires and empowers you!

For white people, there are also organizations mobilizing allies to people of color, such as Standing Up for Racial Justice (SURJ), and Redneck Revolt. (If you’re not familiar with the origins of the term redneck, you might be surprised.) It’s not easy to have kind, rational conversations with people doing and saying (intentionally and intentionally) racist, ableist, bigoted things, but if you can manage these conversations with your fellow white people, it’s important.

There’s also Jews for Racial and Economic Justice (JFREJ), the Council On American-Islamic Relations (CAIR), or Adapt is mobilizing people with disabilities (our nation’s largest minority) across the country… The possibilities for affinity groups are almost endless.

And if you’re a parent, even if the only thing you do is talking with your own children, know that you are on the front lines of this fight for justice. Small conversations with your small people about history, justice, race, consent and the words we use can generate big ripples in the short and long term. Again, not my area of expertise, but there are so many resources for parents to find books, activities and events for children around matters of racial, social and international justice.

Whatever it is, everyone has something they can contribute
to the fight to make the world a better place.
Find yours.
Go boldly, and be the change you want to see in the world. 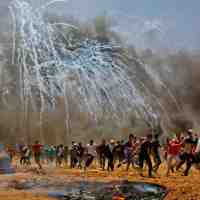 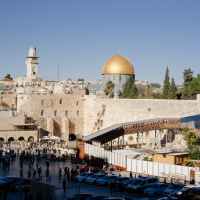 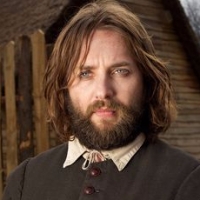