Six months ago, you could be arrested and detained in Egypt for acts of graffiti. In fact, I met a guy who was. But like so many things in “the New Egypt,” that’s changed now. Starting with the slogans scribbled haphazardly on every conceivable surface during the revolution, and evolving to the murals painted across downtown during the post-revolutionary youth clean-up, a graffiti and street art culture is growing here in ways Egypt hasn’t really seen before.

A wide range of graffiti has emerged, from beautiful Arabic calligraphy to simple humorous stencils.

Yasmeen introduced me to these beautiful murals painted around an art college in Zamalek. Perhaps not technically graffiti, these murals were designed, drawn to scale and then painted by groups of students. There are a lot of interesting themes and symbols here, but I’m particularly struck by the appearances of Facebook and Twitter, and the use of English.

Sure, it’s reductive and misleading to call the January 25th movement a social media revolution. Facebook, Twitter and the youth alone probably couldn’t have toppled the regime. It does, however, reflect a reality of a certain segment of Egyptian youth who consider themselves citizens of the knowledge century, of a global marketplace of ideas and values. Where that leads them, leads Egypt … Allahu 3alem [God knows]. All I know is that I can’t wait to see where Egypt and the Middle East finds itself in ten years! 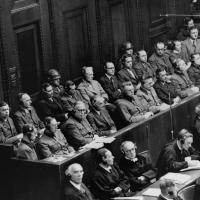