Yesterday we received a message from the US Embassy in Cairo that included the following:

May 15 is the anniversary of the Palestinian-Israeli territorial demarcations and is considered to be a significant date in the current Palestinian political situation involving Gaza and the West Bank.

Several Egyptian political groups have announced plans to commemorate this anniversary by staging large-scale prayer and protest gatherings, characterizing Friday as Unity Day. On Friday after mid-day prayers, there are plans for a large demonstration in Tahrir Square, with a number of protesters planning to proceed to the Israeli Embassy near Cairo University and to the Israeli Ambassador’s residence in Maadi….

On Saturday, May 14, political activists plan to converge on Tahrir Square and begin a march toward Suez, where they will link with groups from other Egyptian cities and then continue their march toward the Rafah border crossing.

The embassy probably thought this rally – as opposed to the usual Friday protests – would be of particular interest to Americans in Cairo because it can be a very short couple steps from pro-Palestinian to anti-Israeli to anti-American. As Lara Logan knows well, it only takes one person shouting “Spy!” to make a whole crowd turn on you. It certainly gave me pause.

Fajr Prayers on Tahrir
I was woken up in the wee hours of this morning to the news that thousands had started a Facebook page since yesterday, planning to have pre-dawn prayers for Palestine on Tahrir Square, led by prominent Salafi sheikhs. Since it involved defying curfew, my friend didn’t go, but video was on YouTube almost immediately showing at least a couple thousand praying

By the time I did go down to Tahrir Square today, it was the biggest crowds I’ve seen on Tahrir Square since mid-February, though I understand the crowds were as big on April 9th.

In fact, a spokesman for Hamas said today that it was “not necessary” for Egyptians to come to Gaza. On the one hand, this could be a neat way of avoiding responsibility. On the other hand, though, Hamas has taken bold steps this month to form a coalition with Fatah and work politically and peacefully towards greater Palestinian unity. An Intifada now would undo everything that’s been achieved in the last couple years.

(Thanks to Emma for the photos!) 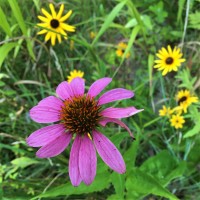