Life As a Taxi Driver

Today in our colloquial Arabic class we were introduced to Rida’, who has worked for 20 years as a taxi driver in Cairo.  We were invited to ask the questions we’ve always wanted to know the answers to.

Initially he became a taxi driver because when he finished his Associates Degree he had the option to work in an office somewhere, but could make a lot more money driving a cab. This is no longer true, he says; there are now many jobs that make a lot more money than a taxi driver. Still, the money is better than many. Rida’ drives a split shift with the owner of the taxi. Rida’ drives 6 hours in the morning, and the owner drives 6 hours in the afternoon. He pays the owner a flat fee of LE60 (about $12) per day, plus the cost of the gas (he has to returned the car with a full tank at the end of a shift), and the rest of what he makes is his to keep. Sometimes that’s LE50, sometimes it’s LE100 or more in a day. Considering that many Egyptians make LE300-400 or less per month, it’s not a bad living. Nevertheless, he’s pushing his 3 sons to go to university and choose some other profession.

Rida’ has a Class A commercial drivers license, so he can drive anything, and in the afternoons he drives a full size bus. In the past several years, he’s also driven buses on Hajj to Mecca and Medina. I can’t imagine the stress of that event. As he describes it, everywhere you go on Hajj, as many as 3 million Muslims are going the same way at the same time, by bus or on foot.

But the best question, I think, was when our student teacher Mahmoud said, “I drive in this city for just half an hour and I’m impossibly frustrated, and I don’t have to deal with customers who sometimes try to rip me off. How do you keep your cool for 6 hours in this job?”

For Rida’, it was a matter of faith.  He recited for us some of the dhikr, or invocations, that he uses to remind himself of the bigger picture. He was quite mellow and philosophical about it. Sometimes, he said, people did pay him far less than the trip was worth, but in his experience it wasn’t worth getting upset over, because every customer who cheats him is followed by an overly generous tip, like the man who paid him LE50 for a LE20 ride.

Someone else asked him who were better customers: rich people or poor people? He looked quite embarrassed by his answer, knowing that by Egyptian standards his whole audience were rich people. Unfortunately, he said, rich people were more likely to underpay or fail to tip, and it’s the poorer people who are more likely to give tips of 50% or more. He also said that sometimes a customer will stop him and say that they need a ride but have no money, and as long as they ask before they get into the cab, he generally gives them a ride.

There were many other interesting tidbits in the conversation, but I’d call those the highlights. 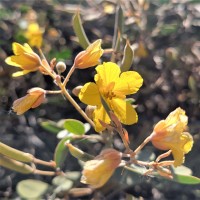