I don’t know why I thought that the Career Conference for Returned Peace Corps Volunteers would go on even though the federal government was closed for snow that wasn’t even scheduled to arrive till late afternoon. I guess I thought RPCVs were prepared for adverse conditions, but I guess we all go soft when we get back Stateside. Of course the conference was cancelled … though we weren’t notified until 15 minutes after it was supposed to start.

I guess I knew before I even got out of bed in the morning that it was just wishful thinking, and desperation to get out and do something before we got snowed in again! 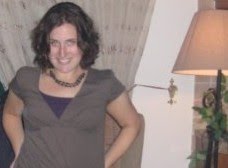 Since I had come into the city, though, I did meet up with Megan for lunch. She was the first of my roommates in the apartment in Amman, and it was good to see her, even if she was not real encouraging about the prospects of finding a job through the government’s Websites. As I suspected, there are lots of work-arounds to bypass the Websites, and that’s how most people actually get jobs in the government. Still, with my new book on federal resumes, which Bob and I are poring over in great detail while we’re snowed in, I’m ever-hopeful!