I’d been at their house less than an hour when Ghadeer said this to me, and it was the perfect opening. I patted the fersha beside me. “Come sit next to me for a minute, Ghadeer.” She gave me a funny look. “Just come here! I have a gift for you from my friends in Amman.” So she sat down beside me, and I reached into my bag to pull out the second-hand laptop Jad sold me for a steal and handed it to her. I can’t even describe how excited she was. In fact, it wasn’t long till she’d run out of the room to express her excitement somewhere out of sight. I think perhaps she was running all around the yard getting her parents to come back to the house and see what she’d gotten.

It wasn’t long until the aunts started showing up with ICDL practice disks. The UN’s International Computer Driving License is a pre-requisite for most jobs that village women can get in Jordan. For those of us who grew up with computers, it’s ridiculously simplistic, but Mshairfeh has barely had computers for 6 or 7 years, so people need to start with the basics.

I’ll tell you who’s going to be a technology whiz kid, though. I had brought along my laptop, too, and Hadeel wanted to know if I had any games she could play. I discovered that Windows Vista comes with a children’s game called Purbles, and she had the game figured out almost as quickly as I did, and without the benefit of being able to read the directions (which were in English). And then, she tried to teach her brother and sister, but they were convinced that they knew better, so instead she resorted to telling them the wrong things and tripping them up at the game.

The same thing happened with my digital camera. She watched me take a few pictures, and just like that, she was off taking pictures of her own, showing them to her sisters and cousins, taking a few more. She even mastered the zoom with only a small hint from me. Her little hands are a bit unsteady, so she cuts off a lot of people’s heads, but she’s got the general idea!

And that, of course, was how the fashion show started. Once the camera was out, the girls were dressing up in every headscarf and new piece of clothing they could get their hands on, begging me to take dozens of pictures. For once, now that I have a digital camera, I could happily oblige and take as many pictures as they wanted, and then download them right to Ghadeer’s new laptop.

Now, naturally, since I had given their sister a free laptop, the boys had to find something to complain about.
“How come it doesn’t have games on it? What good is a laptop to us without games?”
Well, it’s not for you, is it? It’s for your sister!
“Why doesn’t it have sound? It should have sound!”
Just as soon as I can get back to Amman and the Internet and find a driver for it.
“Only 24 giga of hard drive? Come on! The boy up the street’s got over 100 giga, and it wasn’t that expensive!”
Maybe not, but it wasn’t free, was it?
I was a little peeved by all the complaining, but Ghadeer certainly never complained, and I suppose the boys were just jealous!

I have rarely seen a laptop excite such joy. Thank you, Jad, not to mention Carter, Ryan, Rebecca and everyone else in Amman who helped to make it possible. 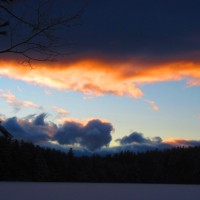