There’s a stereotype about Arabs, perhaps most common in the Colonial Era, and still frequently used by Israelis and other Westerners to justify this or that about conflicts in the Middle East. This stereotype says that Arabs are habitual liars and can’t be trusted.

It’s a stereotype, so of course it’s an overly-exaggerated generalization and, I would say, patently not true.

However, anthropologists have, from time to time, given significant thought to the Arab concept of truth. Generally speaking, the experts say that Arabs have a fuzzier definition of “truth.” Truth, in other words, is subjective. In one of my classes in grad school, we took an anthropological look at the qadi system of justice in Islamic law. A qadi is an Islamic judge, or perhaps more accurately, an arbiter. You see, the qadi resolves disputes not so much based on what happened and who is to blame, but more on the basis of how the incident was perceived, and what will best restore balance and harmony within the community. The truth, then, should be whatever makes our relationships function most smoothly.

As Westerners, we find this somewhat unethical, bending the truth to make life easier, because we’ve been raised to believe in absolute Truths, and in individual rights. I think this comes down in the end to our different senses of community, which I’ve blogged about before. For Americans especially, individual rights are the essential foundation upon which a just society is built. Islam and Arab culture, on the other hand, support the abrogation of individual rights if this is what’s required for the health of the community. Sometimes a few white lies and half truths help to grease the wheels.

I’m finding that the practical implications of fuzzy truth in customer service, however, makes me crazy! It can mean, for example, that certain private schools placate parents at the expense of support for teachers. It can mean that bullying is forgiven if doing so will keep the money coming in. It can mean, “Yes, of course we can do that!” when, in fact, doing “that” contradicts a very sensible and necessary policy. It can mean, “We certainly do have that in stock!” when actually some guy from the back room is running to the next shop over to buy an item of a lesser quality just to keep your business. Perhaps most frustrating of all for me, it can mean making up an answer to a question for the sake of providing an immediate response, even though the answer may throw a monkey wrench into the scheduling later in the week.

Sometimes navigating between truth and the Truth is exhausting! 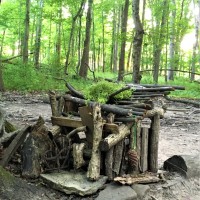