Great Swamp National Wildlife Refuge — I picked it because the trails from the Wildlife Observation Center are mostly boardwalk, entirely wheelchair and stroller accessible, and since it had rained all morning, it seemed like a dry, clean option. Also, it had zero elevation gain, which felt appropriately lazy for the way I was feeling.

We started to the left on the unmissable Bird-Blind Loop.

You might think that a swamp in winter is a pretty bleak place, and that was my expectation, too. I was really mostly interested in getting out and stretching my legs on a short, easy walk. And yet, between the lichen, moss, and fungi, the beech leaves that remain all winter on the trees, and the late-day, mid-winter light, there was a great deal to see.

There were a number of families with small children along the route, which got us talking about how nice it would be to come back with a couple little girls we know….

The Garden Club Blind promised a bounty of wildlife — lots of picture guides to local ducks and other birds on the walls inside — but at this midwinter moment, there was very little to see this afternoon.

As we finished the loop, we both remembered something from one of the All Trails reviews about not missing the extra spur to a second bird blind that wasn’t on the map. It wasn’t hard to find, though the second Sportsmen Blind offered little more than the first.

Still, the walking was easy and the low golden light slanted just so across the leaves and trees, so we kept going along a broad gravel path through more solid ground in an open wood….

I’m glad we kept going, because the final tower, the Friends Blind, was simply spectacular.

It’s difficult to say wht was so different about this landscape — broader, with more open water along a tributary of the Passaic River, the mix of hillocks and reeds spread out before us. For whatever reason, the birds had clearly chosen to congregate here: mallards, some sort of darker duck, and flock after flock of Canada geese curving in for a landing on the open water.

We even spotted (but weren’t able to photograph) a pair of bald eagles, once near annihilation in New Jersey. We watched them grab something from the water, then return to their nest in some trees at a distance. I guess I thought bald eagles migrated southward for the winter, but it turns out January is when they lay their eggs for the season.

I even managed to grab a few nice macro shots of the mosses and lichens I so enjoy, while waiting outside the bathrooms as we left.

We look forward to maybe coming back, perhaps with energetic little girls in tow, when there are more birds and wildflowers to see later in the spring! 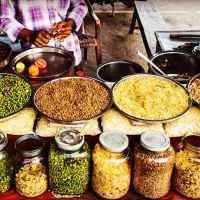 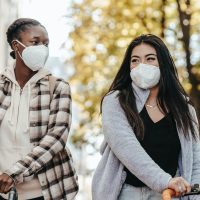 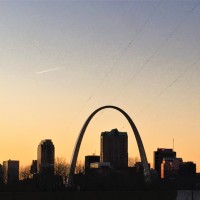 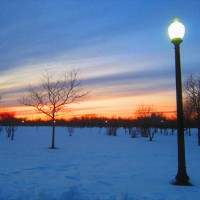