It remains a humiliating low point in my teaching career … but also an improbable success. I don’t understand how I reached Kawthar, why I didn’t fail her entirely, but she clearly didn’t see me that way.

In southern Pennsylvania where I grew up, we would have called them Treads—treading water until they were eighteen and could legally drop out. They were easily identifiable, with their studied nonchalance, their belligerent bravado and disdain for teachers and “nerds.” Treads had sneered at me all through high school for knowing too much, raising my hand too often, reading too many books. They wore black Aerosmith and Guns’n’Roses t-shirts. Their expectation of the future was a job on the assembly line at the Harley Davidson plant like their parents, and who needed World History for that, anyway?

The logos on their clothing may have been different, yet these Jordanian girls still looked like Treads—a little unkempt, a little frayed….

Every clique has its hierarchy. In the front row on my right sat a tall, broad-shouldered, muscular girl named Kawthar, her jeans more worn than most, with a permanent patina of ground-in dust below the knees. Constantly catching the eyes of her girls to share a joke, she was the ringleader.

“The Worst Tenth Grader” appears in the fifth anniversary issue of The Font – A Literary Journal for Language Teachers, Volume 2, October 2018. 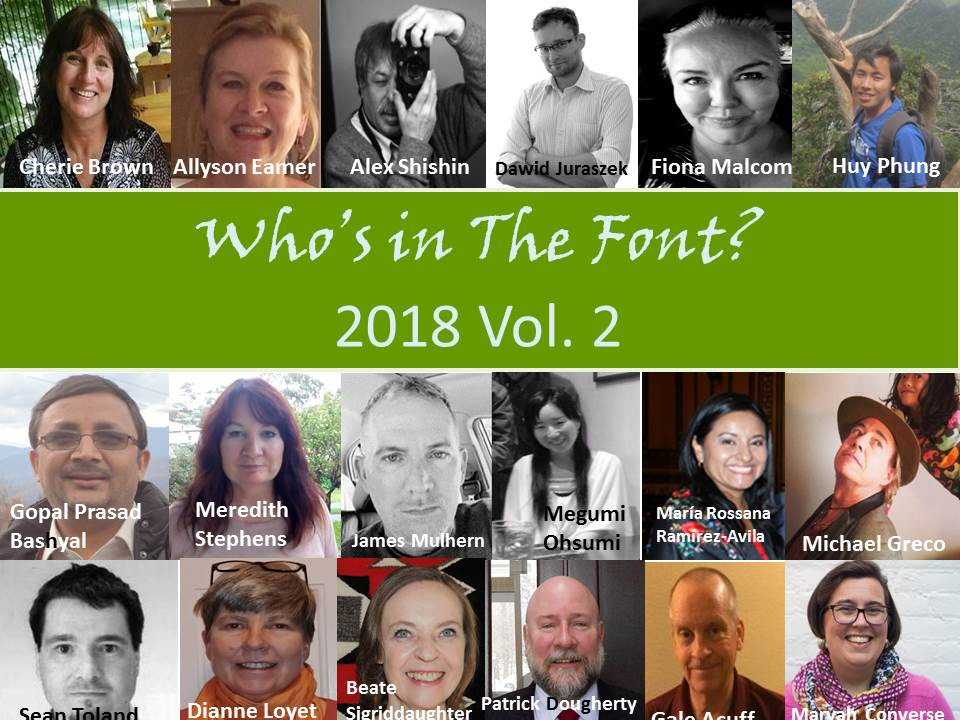 It was also one of nine finalists for The Southampton Review‘s 2017 Frank McCourt Prize for Memoir (they told me I should brag about this!), and a version was recorded at the 6th annual Returned Peace Corps Volunteers of New York story slam.