He’s been in the New York Times, New York Daily News, the Huffington Post, as well as the British affiliate of Al-Araby and Al-Jazeera English. He’s appeared on local affiliates of CBS, FOX and NPR, on CNBC nationally, and in local papers. He’s been written about in France, Spain, Vietnam, Pakistan and the Baltimore Jewish community. He has met with a local New Jersey Congressman, and spoken to a Congressional Committee in Washington, DC.

In the fall of 2016, he answered the call to be on a panel about the refugee crisis, hosted at All Souls Unitarian Church in New York City, where I was working. 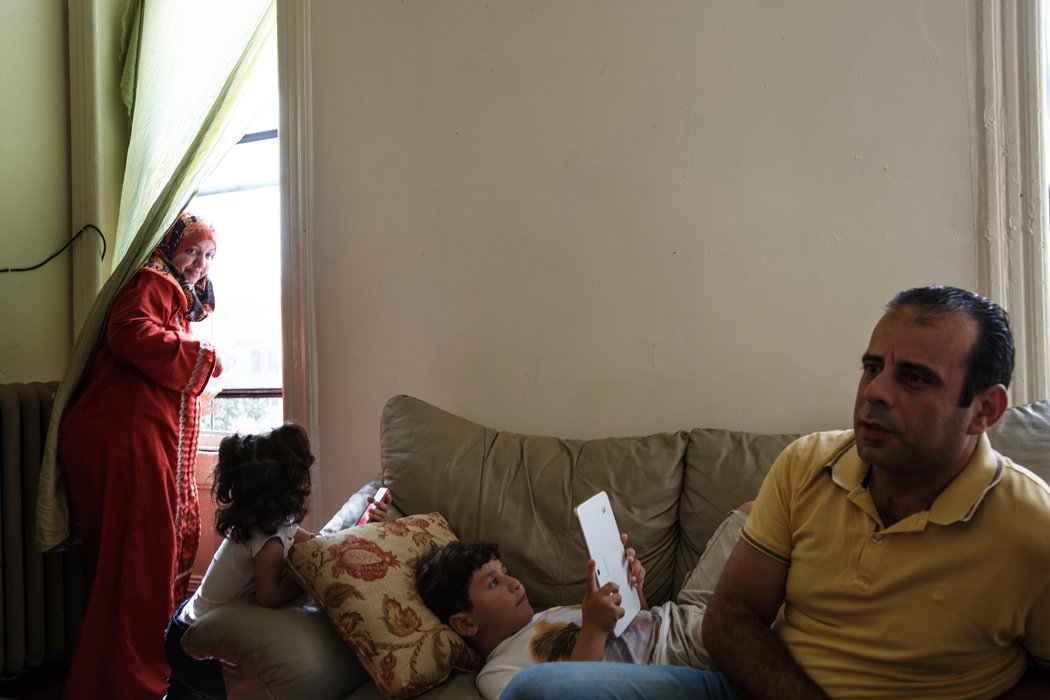 photo by Malin Fezehai for The New York Times

Mary called me at the church office. “You know we’re doing a panel at All Souls about the refugee crisis, right?”

“We asked Church World Service if they could help us include a Syrian refugee on the panel, and they gave me the phone number for one, but when I called, he doesn’t speak English. So I remembered that you speak Arabic. You translated for the Palestinian filmmaker who came a few years ago, didn’t you?”

That had been during my first month working for All Souls. The speaker, non-violent resistance leader Iyad Burnat, was not himself a filmmaker, but was touring with some of the footage that didn’t make it into his brother Emad Burnat’s Oscar-nominated documentary “Five Broken Cameras.” Upon hearing my Arabic, Iyad had offered me a job on the spot. “Come teach English to our children,” he said. “The Bil’in Popular Committee against the Wall will provide room and board and teach you all about non-violent resistance.” Tempting as it was, I was not a Peace Corps Volunteer educator anymore, and Sallie Mae had her boot on my neck.

Three years later, I still liked my job, but also felt myself desperately searching for something that I — fluent in German and Arabic with five years lived in the Arab world — could do to more directly help refugees. When Mary called, I saw a small chance to be of real service, an opportunity that might even lead to more.

As I hung up the phone, I was immediately struck with a serious case of impostor syndrome. Yes, I had done simultaneous and consecutive interpretation in German and Arabic before, had even taken coursework with professors who said I was unusually good at it. Now, though, aside from teaching some beginner classes, I hadn’t really spoken any significant amount of Arabic in over three years. Not only that, but dialects can vary widely enough across Arabic-speaking countries that I worried this refugee would speak a dialect I couldn’t really understand.

I made myself call Hussam right away, before I could lose my nerve. It was church work, for a panel to be moderated by the senior minister’s wife, so I felt no qualms picking up the phone right there at my desk and calling the number Mary had emailed me.

That’s not entirely true. I had qualms, but they were about using my Arabic on the phone. It’s the hardest way to speak a foreign language — the sound flattened and distorted, background noise converging with the voice, facial expressions unknowable. Did you know that even for most hearing people, a significant portion of our speech comprehension comes from lip reading, even when there’s no interfering ambient noise?

Hussam wasn’t expecting my call, but it didn’t take us long to get on the same page, even over the phone. He knew about the church engagement, and when I asked if we could meet first to talk about his story so I could better interpret, he invited me to his home.

I made my partner stop at an up-scale grocery store on our way to Hussam’s that Saturday afternoon. I was thinking about my friend Wijdan, my best friend in the Jordanian village where I served in the Peace Corps. She and her husband were raising six kids on the very ragged edge financially. I used to occasionally bring her coffee — I only had to mention her name to the coffee seller to get her favorite blend — or the higher quality juices her kids liked but she couldn’t afford. Later, when I lived in Amman and visited her every couple months on the weekend, I would fill my backpack with some fifty dollars in rice, fruit, juice and coffee. I wanted to come to Hussam bearing gifts. New refugees run pretty close to that ragged edge, too.

The neighborhood made me nervous — weeds and cracks in the sidewalk, too many boarded up doors. The paint was half gone off Hussam’s front door. In his fourth floor walk-up, the white walls were bare, the furniture sparse, though they did have nice hardwood floors.

Hussam wore a buttoned shirt and loose, pleated khakis, and his wife Suha wore a long, loose dishdasha shift dress and cotton knit amira-style hijab. They looked like half my neighbors in Jordan — he compact and strong, she a little round with a big smile. As sparse as their home was by American standards, I had been in a hundred like it across Jordan and Egypt. It was strange and weirdly comforting to sit on their plush second-hand couch, shake hands with their shy, silent daughter, and accept Suha’s offer of sweet black tea.

Suha seemed excited to see me, brushing off my protestations of how much Arabic I had forgotten. Hussam was slow to speak, and so quiet that I often had to ask him to repeat himself. He told me his story, as he had told it many times before, uncomfortable when I probed for more detail about his life before the war or the refugee camps in Jordan. I thought about what I had read of him in the New York Times, traveling to DC to speak to Congress. It was hard to reconcile the posterchild for Syrian refugees with this quiet, taciturn man before me. 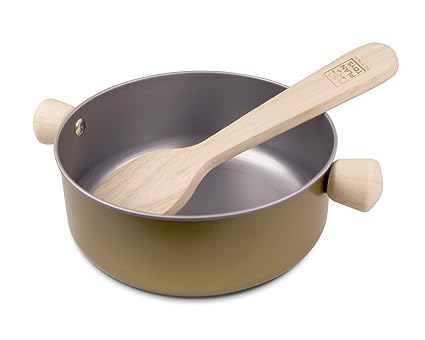 When we came to the story of his New Jersey resettlement, his voice became more sure, with more feeling. “Every family that comes to New Jersey,” he said, “Suha and I go to the airport to meet them. They come here with nothing, maybe just a plastic bag of their papers. Even just a saucepan and a spoon when a refugee family arrives from Syria is a necessity and a blessing. Church World Service — they don’t give you much. Three months rent, and you’re on your own.”

It wasn’t that Hussam wasn’t deeply grateful to the resettlement agency that brought him to America. Whenever they ask him to sit on a panel or speak to a reporter, he does. Life was hard here, though. It was safe — no bombs, no gunfire, no kidnappings — but it was not easy in New Jersey.

“It’s important to us,” Hussam said, “that we go to the airport and meet every family, help every family. We don’t have much, but we can bring one saucepan.” That generosity of spirit was one of the things I loved about the Jordanian people I had lived among. No one had much, but everyone was helping someone.

Even so, I left Hussam and Suha’s home wondering how such a soft-spoken, reticent man had become such a prominent spokesman for Syria’s refugees. It wasn’t until we sat side-by-side on that dais in the church fellowship hall that I really saw Hussam’s inner fire.

Translating his words was the closest I may ever come to being inside another’s heart. “We don’t need more money or material things. We need psychological support for our children, who have seen war, seen explosions and the hail of gunfire, seen dead bodies and blood in the streets.” I had not heard Hussam speak with such passion in his home as he did on that dais in the church basement, and it stirred the same in my chest, brought it forth in my voice. “What our children have seen, it’s in their heads, and they need help, or that will be all they have in their heads for decades.”

In that moment, I felt Hussam’s inner fire. For just a brief minute, I felt his fire in my own voice, and swallowed it deep down lest it overcome me. The shadows cast by that flame still linger close to my heart.