Today in our Islamic Political Movements class, we had a special guest, Dr. Tareq Malt of the al-Wasat Party, or Center Party, one of the few “opposition” parties allowed under the Mubarak regime, and therefore one of the best-prepared players in Saturday’s referendum and the elections coming up in late May.

The al-Wasat Party formed in 1996 when about 20 leaders of the younger generation in the Muslim Brotherhood differed on political matters and broke away. The Muslim Brotherhood seeks an Islamic state that protects women and religious minorities but excludes them from full participation in public life. The al-Wasat Party, however, promotes a secular political system inspired by Islamic values, which are after all the same values on which Judaism and Christianity, and therefore liberalism are built. (There are obvious parallels to be drawn here with the Justice and Development Party that has been so successful in Turkey.)

They affirm the right of any Egyptian, regardless of religion, race or gender, to achieve even the presidency of the republic. They promote freedom of expression, human rights including women’s rights, and full social and political equality of all Egyptians. They support a free market economy so long as there are regulations in place to protect the rights of the poor. Above all, they promote education as the surest path towards development of the economy and standard of living in Egypt. The regime of Hosni Mubarak, said Dr. Malt, blamed Egypt’s problems on overpopulation, but that’s a faulty analysis. With proper education, Egypt could exploit their human, historical and natural resources much more effectively, and this is the key to improving Egypt’s economy.

Naturally, as a teacher by trade, I jumped on the idea of education as the key to development. I believe this wholeheartedly, and I’ve written about it for graduate school, so I know that one of the fundamental challenges to education reform in Egypt is financial. The Ministry of Education simply doesn’t have the money to provide a living wage to teachers, which makes teaching a job of last resort and consequently of very low quality. When I asked Dr. Tareq how he proposed to solve the financial crisis in education, he said, “Without corruption, we’ll have all the money we need!” There are so many problems with that statement! For starters:
1) Assuming that corruption will simply disappear post-revolution is incredibly naive.
2) Ending corruption doesn’t guarantee the appearance of that money in public coffers.

In general, this was the problem with his presentation, and frankly with the platform and program of the al-Wasat Party in general. They have high, idealistic aspirations to find a “third way” between Islamism and liberal democracy, at least on paper, but they don’t have a sufficiently detailed plans to achieve them.

al-Wasat Party and the Amendments
I think we were all most disappointed in al-Wasat Party’s stance on the constitutional amendments approved by referendum on Saturday. The party supported a “yes” vote on the amendments, as a way of returning stability to the nation. Like many of the youth movements and other liberal parties, most CASAween believe that the constitutional amendments are the most powerful weapon of the counter-revolution, an effort to block real democratic change. Al-Wasat Party, on the other hand, believes that approving the amendments is necessary to provide the necessary political infrastructure to write a new constitution, which will be the first order of business of the new Parliament later this year. Of course, as one of the few political parties with an established apparatus before the revolution, the al-Wasat Party has a great deal to gain from a continuation of the former system and the accelerated timetable of 3 elections (Lower House, Upper House and presidential) and 2 referendum (on the constitutional amendments, and then the new constitution) in 12 months.

Dr. Tareq on the Revolution
What interested me most was his editorializing on the Egyptian Revolution. It was not Egypt’s elites, intellectuals, politicians or Islamists who caused the revolution to succeed, he said (even if elites and intellectuals may have started it). It was the apolitical families and the poor who brought the real power to the revolution when they came out late in the second week of protests. They’re the real power behind the revolution, and they’re the ones to whom the New Egypt is accountable.

Moreover, he said, “Don’t be afraid of the Muslim Brotherhood!” They were not the power behind this revolution, and that they represented less than 20% of participation in the revolution. (I don’t know how he calculates that number, so we’ll call it opinion.)

He also noted that “unlike some of those other parties” who were against the revolution at first, and then for the revolution when it was politically expedient, the al-Wasat Party was with the revolution from the very first … even before! The founders of the Kefaya movement, he claimed, were members of al-Wasat Party, and the party has supported all the youth movements of recent years, and will continue to work with youth as the New Egypt emerges.

Then again, he’s a politician, so take that as you will! 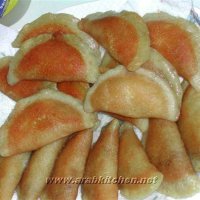