Cairo, Egypt
The cross and the crescent raised together!

It was one of the slogans of the 1919 Revolution in Egypt against the British. Finally tiring of the British Empire’s time-honored tradition of “divide and conquer,” Muslims and Christians rose up together to throw off the imperialist yoke. Past is future in the New Egypt. In the wake of so-called Muslim-Christian violence this week, which some people have attributed to remnants of the former State Security apparatus, one of the focuses of this week’s Friday protest is Christian-Muslim unity. 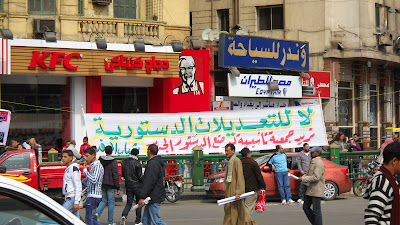 No to the constitutional amendments!

We’re also only 8 days away from a referendum on amendments the Supreme Military Council is proposing to the constitution, and protesters on Tahrir are adamantly opposed to amending the constitution that kept Hosni Mubarak in power for 30 years. They will only accept the drafting of an entirely new constitution, they say. It has been their demand since the very first week of the protests. 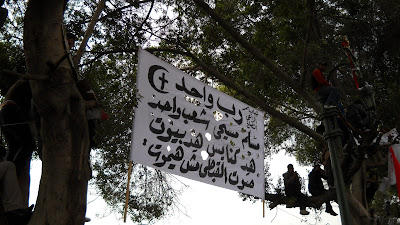 One Lord: Muslim, Christian, one people. Destroy churches, destroy homes, [but] the voice of the Copts will not die.

Ten minutes’ walk down the Nile, Coptic Christian Egyptians have been protesting for days. They’re demanding respect for their rights as a minority, and insisting on a secular state. They’re not the only ones. I saw plenty of Salafis there, with their distinctive beards, skullcaps and high-water thobes, bearing banners that called for Muslim-Christian unity, supporting the argument that Salafis were probably not behind the sectarian violence of this past week. 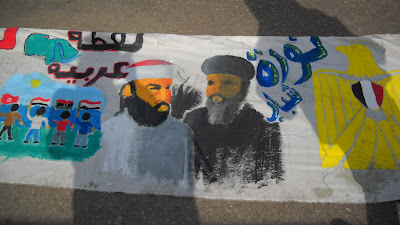 As we came back to Tahrir, we walked past a group of youth painting a banner along the edge of the street. 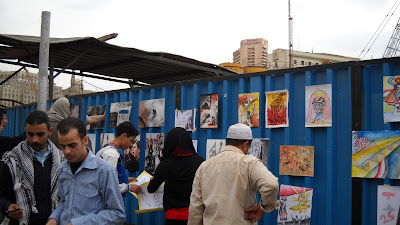 Behind them, on the fence of a construction site, they were displaying artwork about the revolution. 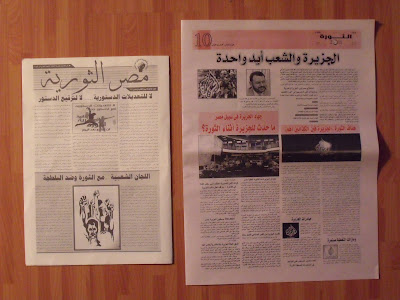 We also picked up a lot of revolutionary literature and other swag! 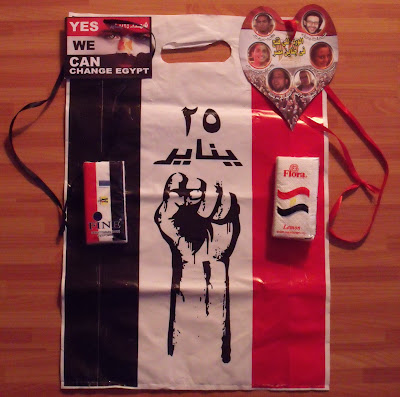