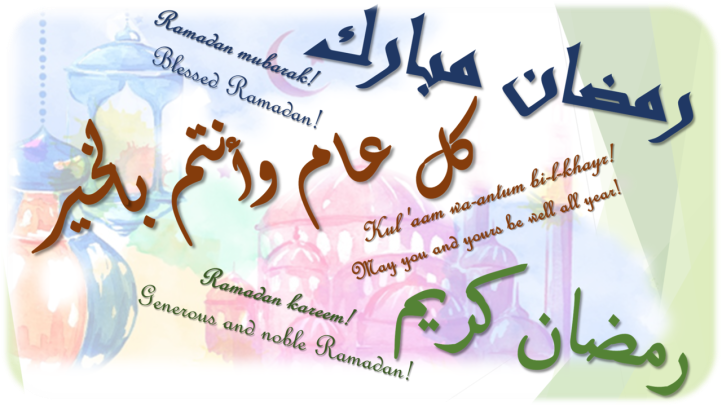 These are the traditional greetings of the Muslim holy month of fasting, which began last week and continues for 28 days until mid-June. It’s a moveable feast, shifting about 11 days earlier in the calendar every year. And in addition to fasting for as long as the sun is in the sky, it’s also a time for charity, good works, economic and food justice, and community outreach. My social media feed has been full of ways that Muslims across the United States are fulfilling their obligations, and I want to share a few highlights with you.

LaunchGood, a Muslim-focused crowdfunding platform co-founded by a friend of mine, is running their annual Ramadan Challenge, a daily charitable giving campaign to 30 carefully curated causes, one each day. Muslims are supposed to give about 10% of their income in zakat, or charity, and that charity is especially blessed during Ramadan. LaunchGood accepts donations to anyone, though – they’re always my first stop when I hear of a mosque burning down or an Islamophobic hate crime – and frequently also hosts campaigns that benefit non-Muslim causes, like rebuilding black churches after arson attacks, supporting victims of the Pulse Night Club and San Bernardino shootings, Mexican earthquakes and Puerto Rico hurricane recovery.

Across the country, Muslims are feeding the hungry this Ramadan, like this Rhode Island community:

With the support of Islamic Relief USA, the Refugee Dream Center distributed Ramadan Food Boxes to families in the refugee community on Saturday morning. The Refugee Dream Center works to “facilitate their resettlement process and integration into their new lives in the United States.” This is the second year the organization has distributed Ramadan Food Boxes.

Not far from me is Paterson, NJ, which recently elected Andre Sayegh in a landslide to be the first Arab-American mayor of one of the oldest, largest Syrian communities in the United States. Muslims there are also feeding the hungry:

“During Ramadan, it is essential for Muslims to not only fast from sunrise to sunset, [but] it also is a time to reflect, to think about people in your community with little means, especially with regards to healthy food,” National Volunteers Manager Said Durrah said.

“As people who grew up privileged — and I consider myself privileged even though I grew up in Paterson — we have to be humble about our upbringing and make sure we give back as much as we can,” [Saja] Awad said.

Ramadan in the schools is becoming an increasingly important justice and community building issue in America’s schools. This is happening right here in the New York area, where “about 10 percent of New York City public-school children are Muslim, and about 95 percent of Muslim children in the city attend public schools.” Two years ago, Mayor DeBlasio made Eid al-Fitr, the feast celebrating the end of Ramadan, and Eid al-Adha, the Feast of the Sacrifice of Abraham seventy days after Ramadan, official days off school for everyone, alongside Christmas and Yom Kippur. (Unfortunately for New York Muslim students, though Eid al-Fitr falls during the school year this year, Eid al-Adha falls around August 22 before the end of summer break!) On my side of the river here in New Jersey, this story of a teacher’s solidarity warmed my heart:

“It’s just shows how our educators are more than just teachers,” he said. “I think it’s reflective of Linden because we’re such a diverse people. We’re not bounded by religion or anything. We just care for each other. And that’s the message I wanted to show him: That even though we don’t share the same faith, it’s about supporting.”

Looking for other ways to support your Muslim students and classmates? One Muslim teacher has a few suggestions.

During this holy month, one of the hardest things that I often hear my Muslim students complain about is the lack of space and lack of understanding. Here are several ways to support your students during the month of Ramadan:

How teachers can support students during Ramadan | PBS News Hour

Part of Ramadan is rising before the sun to fuel your day with the meal known as suhoor. High protein, high carb foods and lots of water are in order, but maybe lay off the coffee so you can go back to sleep for a couple more hours. Suhoor can be as simple as my friend Heba’s bleary-eyed peanut butter toast, or planned with the precision of a hipster foodie nutritionist.

During Ramadan, when only two main meals are served, a piece of toast isn’t going to cut it for breakfast. Something hearty and wholesome that will leave you full of energy is the name of the game. Here are 10 recipes that can also be made ahead, so they are ready for you before the sun rises.

Source: 10 Make-Ahead, Energy-Packed Recipes to Make for Suhoor | The Kitchn

If a listicle like this feels opportunistic to you (and I’m not saying I disagree!), you’ll want to check out Muslims roasting MAC for a “makeup for suhoor” advertisement, even though…

All you guys mocking that MAC ad about suhoor looks… in Dubai some actually go out for suhoor. When I was there during Ramadan in 2015 we went out for suhoor. It’s so festive and the people are dressed in their best abayas and of course wearing make up. — From My Fingertips (@Aneeqah) May 26, 2018

Likewise, amidst the after-prom crowd at IHOPs across Northern Virginia:

At 3 a.m., while most people are sound asleep, Muslims observing Ramadan are crawling out of bed and getting ready for suhoor –the pre-dawn meal …

And check out this upcoming show on Tuesday, May 29, 2018 on Washington, DC,’s The Kojo Nnambi Show, The Surprising Ways Local Muslims Come Together For Ramadan, with a list of guests I want to know more about

Does that last guest surprise you? For several years now, Ramadan has fallen partially within the month of June, celebrated by LGBTQIA+ Americans as Pride Month. It has provided opportunities for some outreach and solidarity you might not have considered: bringing queer, Muslim, and queer Muslim communities together. (Yes, they exist!)

After the first Eid al-Fitr (“Feast of the Sacrifice”) celebration at New York’s Lesbian, Gay, Bisexual & Transgender Community Center last year sold out within a week, organizers saw the overwhelming need of bringing LGBT Muslims together in support of each other.

Source: LGBT Muslims, Allies Come Together for Pride | The Advocate

Ramadan can be an important time to build solidarity between Muslims and other allies, as well, such as this multi-faith, multi-ethnic, multi-cause iftar next week in Astoria, Queens:

And don’t believe the hype about Muslims and Jews being natural enemies. For many reasons both theological and political, especially with Islamophobic and anti-Semitic hate crimes at record-smashing highs these past couple years, many American Jewish and Muslim communities see themselves as natural allies, throughout the year but especially in Ramadan. You’ll see several Jewish groups cosponsoring this event above, and hundreds of others across the country!

Christian communities around the country are also extending olive branches this Ramadan, like this yard sign campaign that started in Wisconsin and spread across the country:

For the last two years the Minnesota Council of Churches ran a yard sign campaign during Ramadan, to show support for their Muslim neighbors. This year they decided to invite Councils around the country to join their effort.

Politicians saluting Ramadan goes back to Pres. Thomas Jefferson, who hosted Tunisian ambassador Sidi Soliman Mellimelli during Ramadan in 1805 for a meal that would “be on the table precisely at sun-set.” Pres. Trump made headlines last year by ending the White House tradition restarted during the Clinton Administration, but here in New Jersey, with Trump ally Chris Christie out of the governor’s mansion, Gov. Phil Murphy is reviving the tradition:

“The tradition of breaking bread with people — it’s symbolic in all cultures,” said Nadia Kahf, an attorney and activist who lives in Wayne and who plans to attend the celebration. “In the month of Ramadan, it symbolizes reaching out. It’s just a wonderful feeling for the community to look around the table and to have dinner with people who are allies at these times.”

Muslim leaders say Murphy, who pledged to be inclusive while in office, has consulted them, visited their mosques and institutions, and hired Muslim-Americans for his administration. They cheered when he appointed Dr. Shereef Elnahal as health commissioner and the first Muslim to serve the state in a cabinet position.

These are only a few of the Ramadan stories that have come across my Newsfeed in the last week. If you’d also like to fill your social media feed with stories about American Muslims, here are a few of my favorite sources: 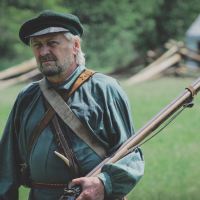